Interstellar is a science fiction film; due for release on November 7. The Interstellar game is based on the film; where explorers leave Earth to gather data around the universe; in an attempt to find a new habitable planet:

The Interstellar game allows you to create your own universe; by building solar systems and shaping plants and their orbits:

Your mission is to explore as many solar systems as you can; and send data back to Earth with all of your ongoing findings:

Your spaceship is called the Endurance; and by gathering and sending data back to Earth through exploration; you earn data points to upgrade your ship’s abilities: 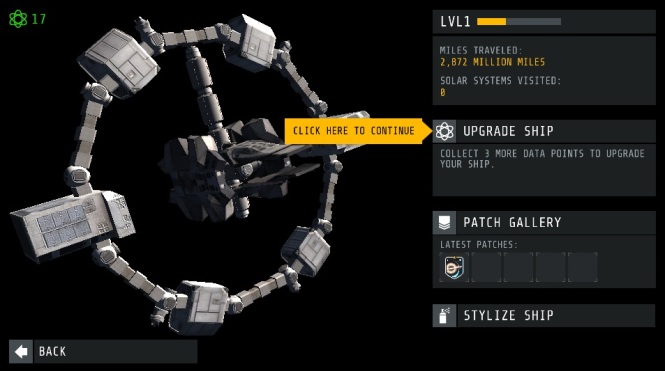 Since finding another habitable planet is a matter of urgency; the crew of the Endurance makes use of worm holes and black holes to jump through space (although i’m pretty sure nothing escapes the gravity mass of black holes):

I will definitely be seeing this film, as you know i have a little obsession with astronomy/space travel: