As per the Merchandise Monday #44 post, I am celebrating the Star Wars Rebel Fleet this week…

This is my completed all ink drawing of Luke Skywalker. To see the work

I have other work

in progress pictures for this, but i didn’t want to swamp the post with them. The pilot outfit is my favourite look for Luke – even though he is a Jedi and probably should be depicted with a lightsaber (in a traditional rendition of his character – but not today).

This is an update for where I’m at in Tribal Wars 2. Remember, I am playing as Ace Hardlight:

Inside my Main Village

I have almost fully maxed out my population space as you can see above (meaning I have a full offensive nuke ready to launch). I find the speed of Tribal Wars 2 much faster than TW 1 – or maybe it’s just the world i’m playing on.

My Village Under Attack

I haven’t had much opposition. 3 members of a different tribe tried to conquer 2 of my villages, but they failed dismally (mostly due to them not having a church in the province within which they were attacking. I ended up killing 9 nukes (full offensive armies) and 6 noblemen (the unit used to conquer villages – and he’s very expensive to lose). Here is an overview of one of these attacks which I defended:

After I defended all of these attacks and killed off all their units, I got the ‘Butcher of the Day’ achievement 😎 :

Butcher of the Day

I just conquered my most recent village. I have been naming my villages after planets/ moons. I’m starting to form a nice solar system of villages on the map lol. Here is what my overall profile is looking like:

Is anyone else playing? I’d be keen to team up if you are…

Ok seriously, some adults don’t know the trauma they beset upon their kids when they let them watch certain cartoons…

Everyone thinks Sid and his mutated toys from Toy Story are pretty scary, but they really didn’t bother my brother and I as kids (5 and 7). However, there is one cartoon that totally messed my brother and I up emotionally and psychologically. The Lady and the Tramp…

Siamese Cats from Lady and the Tramp

The whole movie had a dark/grunge tone to it, but that scene with the Siamese cats was akin to the twin girls walking out of that elevator in The Shining. To this day my brother and I cringe at just the mention of these cats… We tried to watch the scene now that we are older, but we couldn’t lol 😥 so creepy.

WARNING -> HERE IS THE SIAMESE CAT SCENE! <- ENTER AT OWN RISK

Why were you a part of my childhood 😥 it was perfect until you blemished it 😥 Did anyone else have trauma for life after watching Lady and the Tramp? If not, what cartoon do you think is worse than this one??

Star Wars episode 7 is coming! So soon… I can taste it! 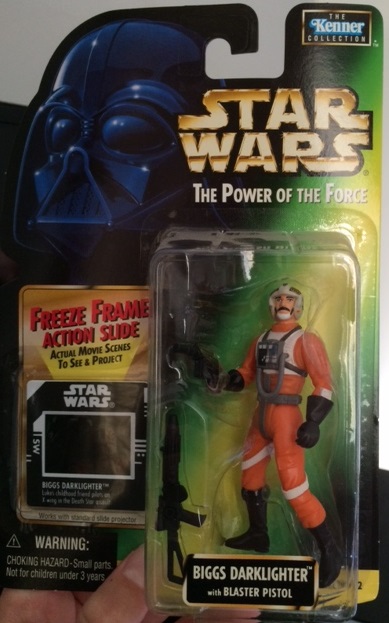 My brother and I dug up this action figure of Biggs Darklighter. The copyright year on him is 1997. 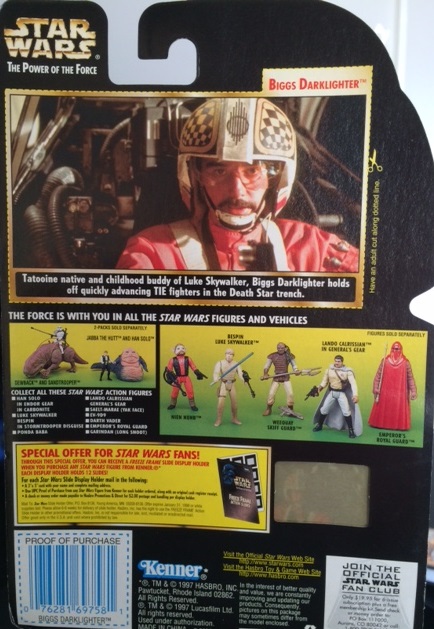 Biggs Darklighter Back of Box

Then, in keeping with the Rebel Fleet theme, we also unearthed these micro-machine Star Wars goodies (more to come in future posts):

The rebel Snowspeeder with 2 Rebels inside! They are from 1995 🙂

This Friday; my fan art is also dedicated to a very handsome Rogue Leader of the Star Wars Rebel fleet, so stay tuned 😎