So i’ve finished writing my first screenplay, some close friends/family are just helping me edit it at the moment. I want to share the log-lines for my other movie/screenplay ideas with you…

1.A power couple faces a tug of war with potential business partners (the US government). When the government becomes coercive, the couple (who has the resources to do so), blocks off their play in an impetuous bank robbery; by stealing the frozen contents of their own safe deposit box before the government can do the same.

2.A group of childhood boys are coming of age as they pursue perilous adventures throughout       their youth. Eventually, their foolhardy behaviour results in a fatality, which shocks them into adulthood.

3. A heavyweight boxing champion gets into the ring with the vengeful semi-professional son of a boxing legend whom he killed 14 years earlier in his career.

4.An ambitious janitor embarks on a journey of self discovery. Transformed, he returns home and uproots the world around him as a tyrannical business tycoon.

5.A moonlighting private art collector will only give up his technological trade secrets to a desperate entrepreneur billionaire; in exchange for a valuable portrait masterpiece, which needs to be forged and stolen.

6.The victory of a successful manned Mars landing is short lived when disaster on the return journey to Earth brings out horrific human instincts of primal survival.

Let me know which one you think is best, or rank them 🙂 thanks!

And there I stood, at the mouth of the precipice, and looked down into eternity. If only I could see a glimpse of the future there; in the dark backdrop, I could change direction for a more favourable outcome.

It showed me nothing but shadow at first. Then suddenly, as a deep well being spoken into, it heard my thoughts and echoed them back to me in question.

A mirror beyond the form, a mirror for the soul, to look deeper into our contents.

Hypnotised by the infinity of the drop, I gazed in the hollow space longer, blinking less frequently.

When I finally freely fell in, my body like a towel to black ink, I absorbed all the knowledge suspended in those empty spaces. As I accelerated still falling, the darkness fell above, and I was greeted by Light below me.

Suddenly I was no longer falling, but floating – in the universe. Surrounded by stars and planets and other cosmic wanderlust. Free to swim and see and know – wherever I pleased to float I could go…

Last week, fellow blogger Judith, asked me to share her ABCD Animal Book for children; to help gain some exposure: 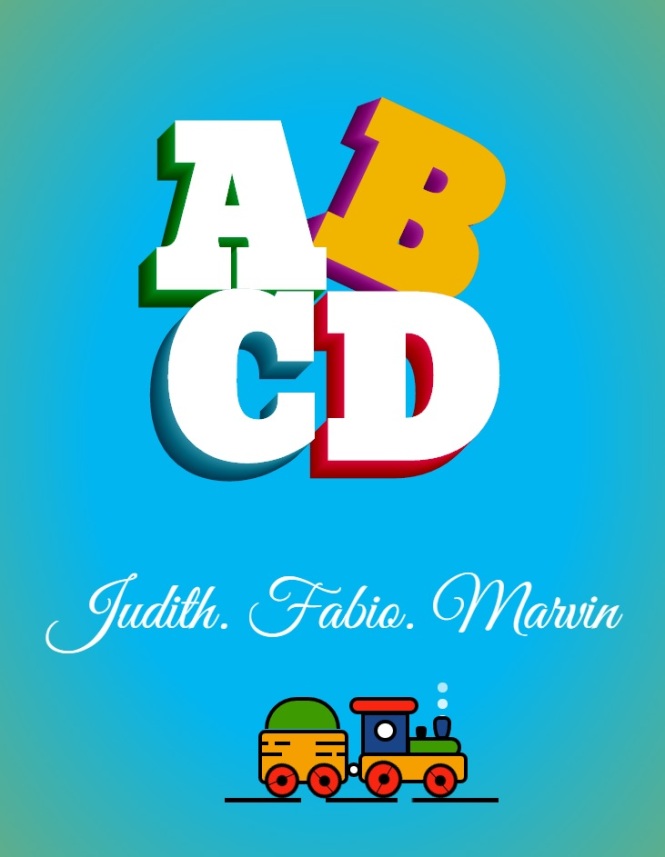 Which was your favorite animal? I liked the Yak 🙂

I met an author on Instagram who asked me to help him gain some exposure, of course i said yes! Brandon Chen is only 18 years old and ambitious as ever! He has already published two books in the fantasy genre: Age of Darkness and Age of Darkness Ascension: 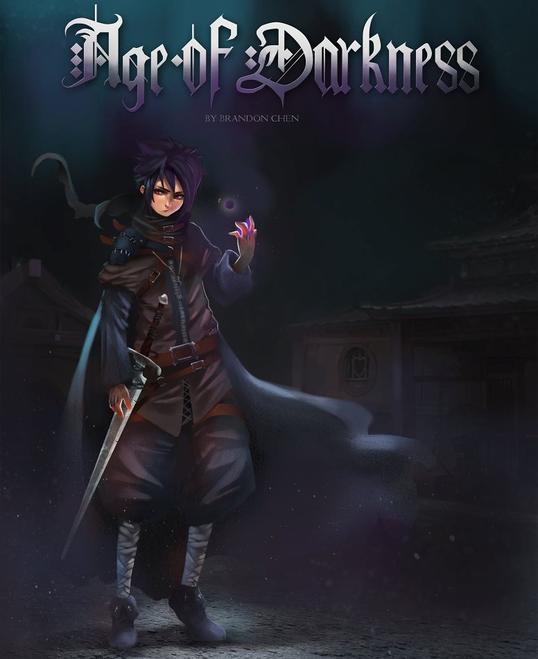 Both books are currently being sold on Amazon.

Head on over to Brandon Chen ‘s website to find out what the books are about, get the reviews and the links to purchase. Let’s support creative talent and the youth 😎

This poem is a metaphor for being trapped/ trying to overcome adversity/ escape to freedom… It is not complete yet, but soon 😎

And the white-webbed arteries branched above the sky, in a moonless and starless night.

Whilst down into a ravine I descended, as the Lightning flares flashed across the sky.

Then suddenly a ghost appeared; behind a cloud – it was the moon, entombed by grey- fearing the growing thunder’s growl.

I was trapped in the ravine for endless hours of anguish. But my mind and heart were escaped to a better place.

My body too would not surrender to the land, not like the decorative littering of other surrounding corpses.

I began drudging forward through the waste, certain only of awaiting freedom. The coarse of the journey to that destination was what kept me fighting for the balance of my feet. Teetering over harsh terrain to fight the geographic servitude of randomly landing in this ravine.

Suddenly the moon broke free. Framed in the empty spaces between the swelling clouds. It’s light had found me and smiled upon me to grace me with directions to a safer path.

I bypassed other solemn life. However, not all joy was repressed by the ravine. The orchids danced a synchro scene as the wind whistled through their leaves. The trees bowed too, to tickle the sand, before rising up in majestic grandeur – a salute to hope, no doubt.

And I didn’t realize until I was in the eye of the storm that the easier path asked so many questions of me, of my patience and courage.

The night time treaty (of peace) between light and dark was violently overthrown as the storm seized up again to erase the moon from the sky.

Lost without light; a hooded wanderer then suddenly appeared across my path, offering eager hands of guidance. So softly I reached out to receive their loving touch.

Startled! – by a rogue rod of light impaling the ground so near to us, we recoiled to the shielding safely of a sturdy Boulder.

From our new vantage, the way-out appeared clearer. The wanderer with firmer feet, and having the high ground pulled at me to gain momentum as we climbed toward our freedom.

Nearer we got to the mark of escape, and I almost felt compelled to look back to see what tumult I had survived. But to avoid the same fate of Lot’s wife, I abandoned whatever was past and looked only forward with faith.

I just realized something the other day; I figured out why other potentially habitable planets are so far away. Yes, this may be seen as a conspiracy theory, and if you don’t like that then treat this post as a science-fiction short story idea.

Firstly, you should know that our nearest potentially habitable exoplanet is Wolf 1061c, which is about 14 light years away. Ok, moving on… When organisms are cultured in a Petri dish, they are usually cultivated in isolation. Each organism/bacteria or mold is put into a separate Petri dish (this is usually to avoid cross contamination).

So maybe all the habitable planets in our universe are so far apart from each other (isolated) to avoid cross contamination of the different species being cultivated within each planet. Maybe, whoever is observing us wants to see how each species thrives in the same environment through independent evolutions (which species evolves the best under the same conditions). Like, there may be a species ranking/ leaderboard, where the best performing planets are ranked 1, 2, 3… I wonder where Earth/humans as a Petri dish/specimen combination are ranking on the universal leaderboard.

Do you think we could be living in the equivalent of a giant Petri dish or something similar? Please share your thoughts…

I cannot remember much of much

For nothing has had the worth of such

It’s only my mind whose fleetful thinking

That will keep my heart from deeper sinking

But a moment is a moment that will pass.

And after each chase my sorrow is shed

But I cannot hide in those worlds.

Not in the Snowglobe of activity

But outside I dwell; observing with liberty

The buzz and chaos of the world.

Alone, just let me be

Without any noise or company

Loving the melodies of silence.

Imaginary, hope of mine

Cannot dispel my fear of time

Nor failure, nor the disappointed reflections of thine eye.

It is you who has brought me to future dismay!

Is life a gift or burden…?

It is the human touch of tarnish-potion

That has left me bleak without emotion:

Human morals are yet to evolve.

For I have never experienced anything as radiant as such

As by being kissed by the beauty of a sunset.

Now let me start off by saying that I may be wrong about this, but let’s just entertain it as a conspiracy theory for now… Last year there was some hype around mosquitos being engineered to completely eradicate malaria. Basically mosquito genes have been successfully altered to resist being infected with malaria – and this engineered DNA will then be organically passed down to subsequent mosquito generations to quell the spread of the virus with the hope to eliminate it completely in some regions. 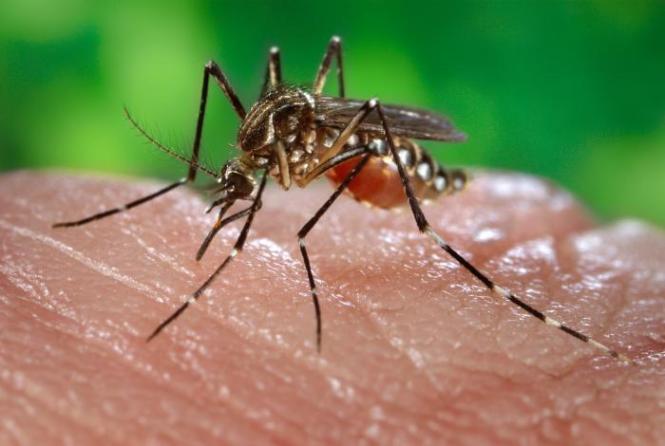 Scientists want to release these ‘gene-drive candidates’ (engineered mosquitos) into parts of the world where normal mosquito populations flourish (they named the Middle-East and North Africa as test regions when i watched the news), in the hope that cross-breeding will eliminate the mosquito as a malaria carrying vector entirely (in the long term). This obviously sounds like hero work (and if malaria is truly eradicated that’d be great), but I can’t help but think there may be a sinister side to all this experimental gene engineering… 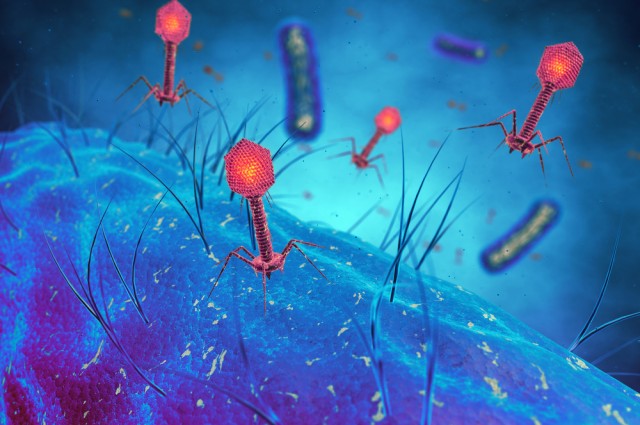 Let’s just entertain a conspiracy theory here (and yes I want to hear your opinions and why you have them), what if these mosquitos are a front for an actual bio-weapon? Maybe this gene engineering is a precursor to giving mosquitos an immunity to other scarier engineered viruses? Maybe the mosquitos are being turned into indestructible vectors to carry and spread an apocalyptic virus without harm to the mosquitos (and without detection, since no one would suspect a mosquito to be a weapon). But mosquitos can be a very real weapon. Malaria kills more people every year than any other infectious disease (Smart Global Health.org) . So as an engineered weapon carrier; they really could detonate the apocalypse. Obviously mosquitos won’t survive in all geographic climates, so whichever country is engineering these bio-weapon carrying mosquitos, they will have to choose suitable countries to deploy their vectors. For example, look at the current crisis in South and Central America… 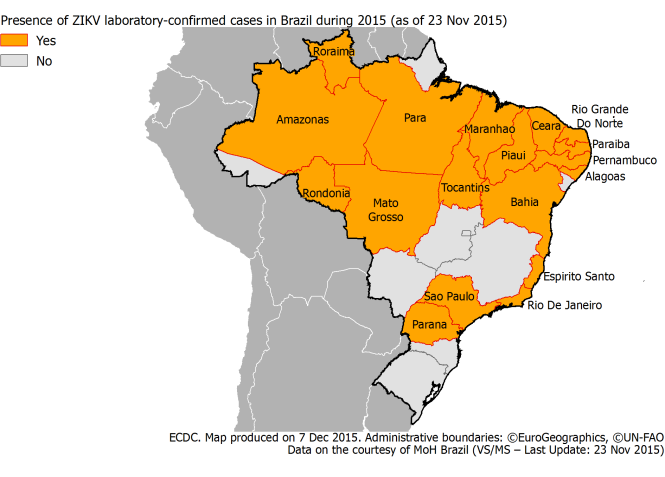 The Zika virus is currently being transmitted by mosquitos in 14 countries. The CDC has even issued travel precautions to those visiting: Brazil, Colombia, El Salvador, French Guiana, Guatemala, Haiti, Honduras, Martinique, Mexico, Panama, Paraguay, Suriname, Venezuela, and the Commonwealth of Puerto Rico. Pregnant women who have become infected with the Zika virus are at risk of having birth defects in their unborn babies.

“According to Brazilian health authorities, more than 3,500 microcephaly cases were reported in Brazil between October 2015 and January 2016.  Some of the affected infants have had a severe type of microcephaly and some have died.” – CDC

What do you think the potential and dangers are for mosquitos to be lethal engineered bio-weapons? How much weight does this conspiracy theory carry?