What is our next frontier? To colonize a new planet of course!

Without the ability to travel at light speed (to search for new Earths); we feel that the best possible way to achieve this would be to terraform Mars. Terraforming of a planet, moon, or other body is the theoretical process of deliberately modifying its atmosphere, temperature, surface topography or ecology to be similar to the biosphere of Earth to make it habitable by Earth-like life. However, this has never been done; and it may take a while; so in the interim lets consider these New Earth options:

Once we can produce light speed spaceships, or an ark spaceship to carry more than one generation of humans, or deep space hibernation capsules – then we can travel to these planets that nearly resemble our Earth:

Kepler-10c is an exoplanet orbiting the G-type star Kepler-10, located around 560 light-years away in Draco. The planet was discovered in 2011. Kepler-10c orbits its host star every 45 days at a quarter of the average distance between the Sun and Earth. It has a radius more than double that of Earth, but a higher density, suggesting a mainly rocky composition. 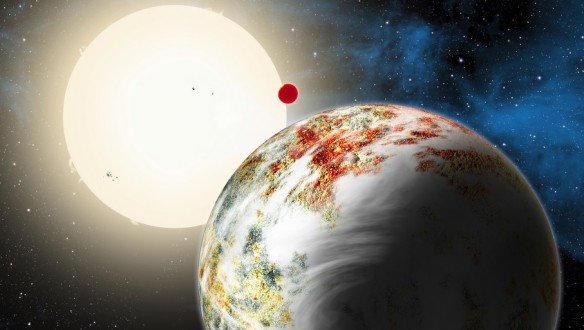 Gliese 832c is an extrasolar planet located approximately 16 light years away in the constellation of Grus, orbiting the star Gliese 832, a red dwarf (the planet is in the stars habitable zone). It has a mass of 5.4 times that of the Earth; and its temperature is similar to ours. It has an orbital period of approximately 36 days.